GEMS AT THE MUSEUM

Alexander Lefebvre of Saint-Denis, France is credited with building the world's first two wheel velocipede powered by treadles connected to cranks on the rear wheels in 1842. He brought the bicycle to California when he immigrated twenty years later.
The Lefebvre Bicycle is the oldest bicycle of its' kind in existence and it currently resides at the San Jose History Museum.

Laser scanning and 3D documentation provides owners, curators and operators with highly detailed information about the construction and condition of the artifact. The laser scans contain exact dimensions and measurements of all the artifacts' components. Scanning the artifact prior to restoration provides a platform for virtual restoration as well as a 3D schematic for reference 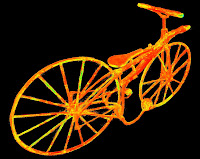 Posted by Unknown at 4:28 PM No comments:


Earlier blog entries addressed the concerns about the limitations of laser scanning for historic documentation. One of the most glaring examples of the limits of this technology is the problems encountered when scanning non reflective objects.

Lasers capture the light reflected off of the object being scanned. Objects and colors that absorb light are difficult, if not impossible to capture clearly. This was clearly demonstrated during our initial scans of the interior of History San Jose's Historic Trolley Barn.

At first glance, the preliminary laser scans of the interior of the barn provide the viewer with a great amount of detail. The details of the signage in the back ground, the outline and the detail of the 1913 Metz in the foreground are promising images and a great start to the project.

As we continued our process, the concerns moved from the laser capture process to texture mapping. How would the photo overlay work against a laser scan with so many non-reflective objects? The automobiles, the trains and much of the machinery had major elements that were finished in black or flat black. However, this 1913 Metz was finished in a very dark blue and the laser scans showed great promise.


As you can see by the scan on the right, the two classic automobiles were captured very clearly in the laser scan, or so it appears. The automobile in the foreground is dark blue in color. The automobile in the background is very dark blue with black fenders. Understanding the laser's limitations, I was pleased with the initial images. However, the images that you see in this still photo are deceiving. What clearly appears as two dark colored antique automobiles is actually an illusion. The areas of the vehicles that appear black are actually areas of the scan that are devoid of all information. The laser was unable to capture any data at all, it is literally a "hole" in the scan. One of the main benefits of laser scanning technology is the ability to store and extract information from the model. While the scans of the automobiles appear to have quality information, the lack of data in this scan means the user is unable to gather critical details about the vehicles; its dimensions, the condition of the body, finish and metal. Though, at first glance this technology appears to be the perfect documentation tool.


This "mass" of equipment to the left is actually an amazing collection of antique machines and equipment used in factories at the turn of the century. The majority of these machines are finished in either black or flat black. As you can see from the scan, much of the detail of the machines is missing or indecipherable. There are gears, pulleys, drills and a host of belts and levers that were not picked up by the laser and cannot be seen clearly in this scan. Looking at the scan from other angles reveals a void of information similar to the scans of the automobiles.

The scan below was actually taken from a 360 degree scan of the 1913 Metz above. This is the Historic Trolley #124 that is still in use at the San Jose History Park.

While high def photos can provide outstanding clarity of details and extremely crisp colors, the benefits of the laser scans lays its ability to collect and store massive amounts of data.
3D Model As A Data Base
What type of data are we talking about? Let's start with the "visible" data contained in this preliminary scan of one of the interior rooms of the historic Pasetta House located at the San Jose History Park.
The visible data contained within this scan can range from the general to the extremely detailed;
based upon the needs of the user. Details such as:

What about the "invisible" data contained within the laser scan; critical data that can be used to help monitor and reduce carbon emissions, reduce operating cost and minimize costly repairs through managed preventive maintenance.
The wealth of information contained in the 3D model can be used to manage the day to day operations of the park, conduct long-range strategic planning, to create unique online exhibits,  create site maps for specific events and/or projects, conduct and manage major construction projects, remodeling and retrofitting of specific historic buildings, control and manage museum assets and inventory, reduce energy consumption, design campus upgrades and most anything else the facility operators, owner and/or guest require.

A quick glance at the preliminary scans in this blog post reveals a couple of unique features that immediately grab the viewers attention. First and most noticeable is the large black circle or "hole" in the center of the floor of the room. This spot represents the space occupied by the laser during the scanning process. If you've read any of the previous post on this blog, you'll recall that the laser scans an area that is 360 degrees x 270 degrees. The 90 degrees not covered by the initial scan is actually the area directly beneath the scanner. This black spot or "hole" in the scan is easily remedied by conducting a second scan from another location within the room and combining or"stitching" the two scans together to create the model.
The second thing that you'll notice is the color coded X, Y, and Z coordinates located within the scan. These coordinates usually represent the camera/laser's position and is relative to where you are viewing from. Typically, these coordinates are just a length in a direction; X= side to side, Y= up and down and Z= near and far. Without getting too complicated, the floating point number is a distance in 3D space relative to the origin. (Zero, Zero, Zero)
The purpose of the Pasetta Project is to create an as-built model of the building that will serve several purposes. First, the laser scans conducted by NVentum, LLC.will serve as the "blueprint" of this historic home. Secondly, the 3D model will be adapted to serve as an online exhibit for guest and visitors to the museum. Lastly, our long range plan is to use the Pasetta House to establish the protocol for historic documentation and sustainable energy upgrades for as-built facilities and museums.
Posted by Unknown at 1:54 PM 2 comments: 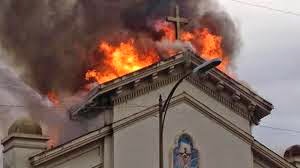 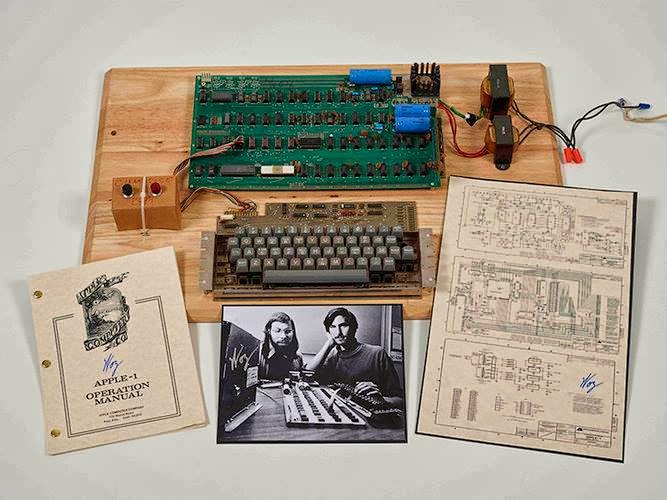 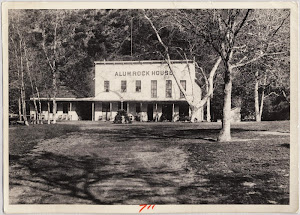 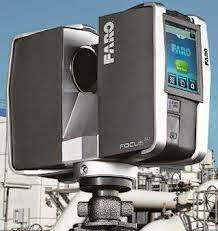 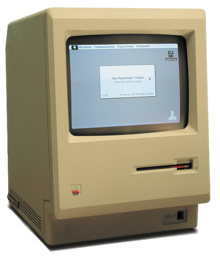 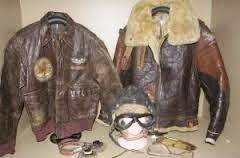 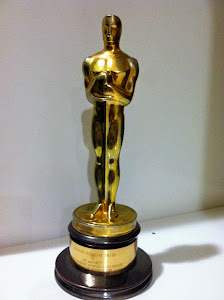 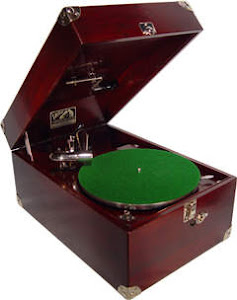 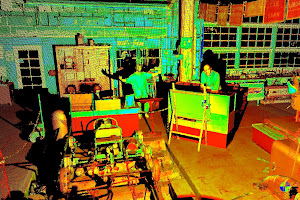 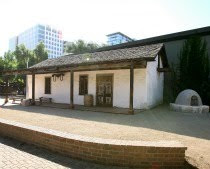 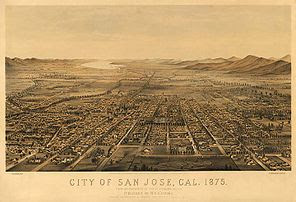 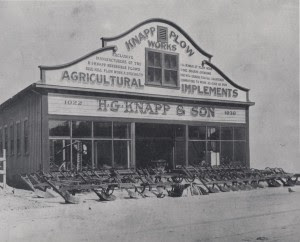 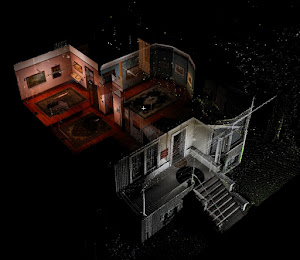 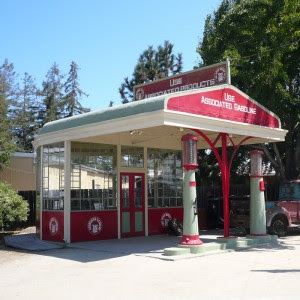 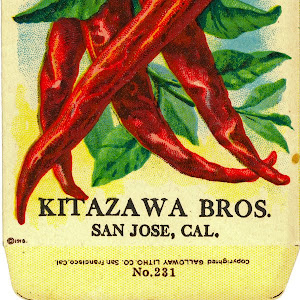 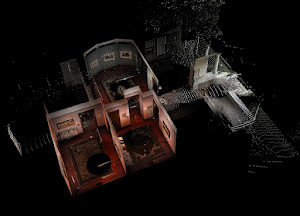 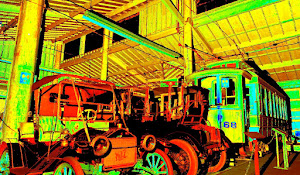 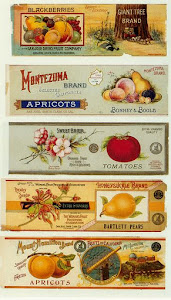 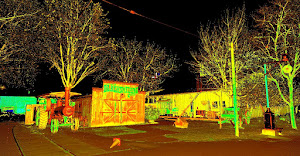